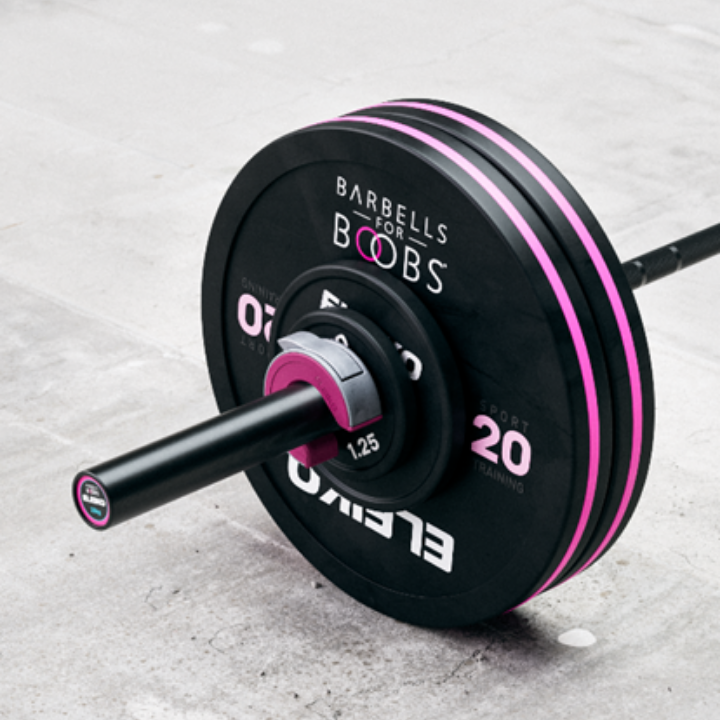 For the third year running Eleiko has released a limited-edition collection to raise money for the breast cancer charity Barbells for Boobs. Last year, Eleiko raised over £46,500 for the charity and hope to exceed the donation this year.

150 of the limited-edition sets are available for pre-sale in October via shop.eleiko.com. There are three sets available, two options with bars and collars retailing at £2,726.00, and one plate only set, retailing at £1,979.00, with 25% of sales going to Barbells for Boobs.

The bar sets feature the black Eleiko Hybrid Bar, suitable for both powerlifting and weightlifting with a corrosion-resistant finish, a pair of limited-edition pink Öppen Collars for safer lifts in a snap, black Sport Training plates and new black Eleiko change plates.

Erik Blomberg, Eleiko CEO, said: “Eleiko is honoured to once again partner with Barbells for Boobs in support of their mission to improve the quality of life and outcomes in individuals impacted by breast cancer. The charity is close to our hearts, and we share the same ethos of using exercise and movement to support both mental and physical health. We are proud to offer this limited-edition range to support the cause and the wonderful work that Barbells for Boobs do for people diagnosed with breast cancer.”

As a contrast to the pink, traditionally associated with breast cancer, the black plates represent the darker side of the disease to build awareness about the difficulties and challenges associated with cancer and to honour those lost.

“Breast Cancer has been popularly identified by a pretty pink ribbon. We have all become accustomed to this traditional symbol that makes us feel like breast cancer is pretty, simple, and easy,” comments Zionna Hanson, Founder and CEO of Barbells for Boobs. “In our decade plus of work at Barbells for Boobs, we have learned that breast cancer is the exact opposite of this identity. There is absolutely nothing pink about it. It is lonely, hard, and robs women of their womanhood. We have lost thousands of mothers, sisters, daughters, and friends to breast cancer. This reality feels more like black. We have been very intentional in building awareness through utilizing black in our identity. We acknowledge the cultural pink. But we respectfully know it is not the only colour of breast cancer.”

To purchase the limited-edition plates and support Barbells for Boobs, visit shop.eleiko.com.