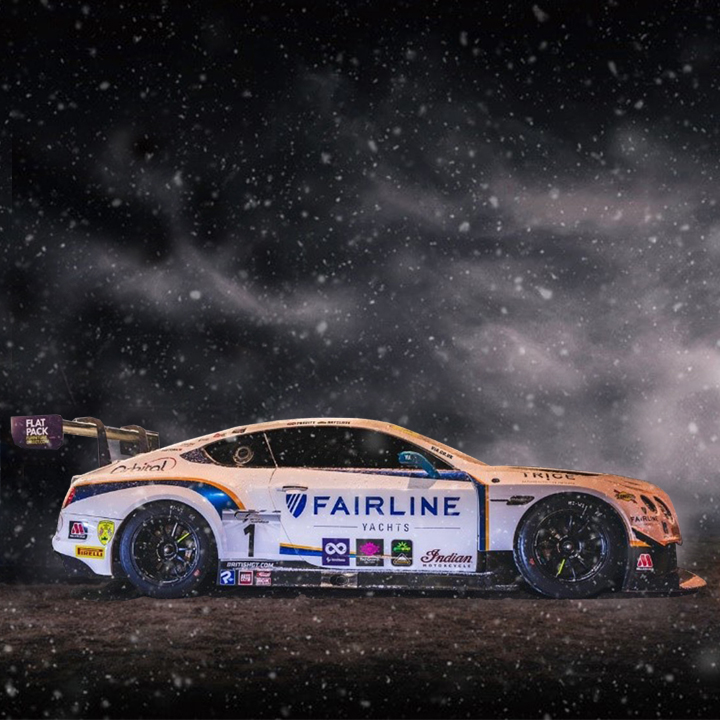 Rick Parfitt Jnr was joined last night (28 February) by Russell Currie, the Managing Director of Fairline Yachts, as he unveiled the clearly showcased the exciting new partnership between the champion racing driver and the luxury British motor yacht manufacturer.

Russell Currie comments on the sponsorship, saying, “We are proud to be the lead sponsor of Rick Parfitt Jnr and the number 1 Bentley in this year’s British GT Championship. 2017 was an incredible year for Rick and we look forward to supporting him on the track in the upcoming season. This partnership is a great opportunity for our customers to join us and be part of the action with ‘back stage’ access to the team, drivers and hospitality at each of the events. The team at Fairline Yachts is backing Rick all the way.”

Rick has won many accolades and achieved over 20 podium positions in his comparatively short racing career. In his debut year he became the British GT4 Champion and last year, only five years from his first race, he became the first driver in history to win both the GT4 and GT3 British GT Championship titles.

For 25 years the British GT Championship has been at the heart of motorsport in the UK and has established itself as the world’s foremost domestic GT series. 161 million households worldwide tune in to watch the racing and, with glamorous supercars racing bumper-to-bumper, ground-shaking noise, breath taking speeds and all the drama of pit stops and driver changeovers, it is clear that this is a spectacular experience not to be missed.