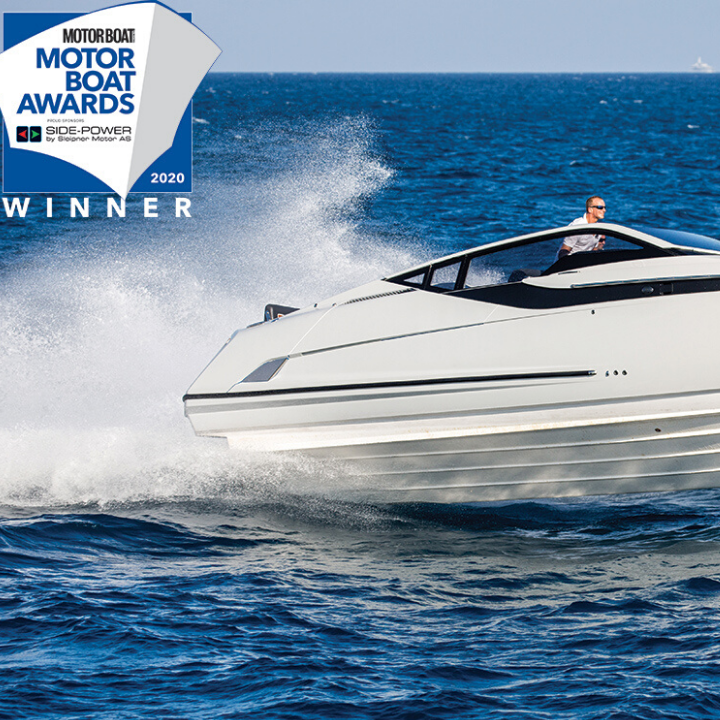 Organised by the UK magazine, the Motorboat & Yachting Awards were celebrated at a lavish awards ceremony during Boot Düsseldorf on 21st January 2020.

Judges evaluated the nominees against design, ability and value for money in their chosen market, alongside extensive sea-trials and rigorous testing by the magazine’s technical experts.

The sleek and sporty F//Line 33, which made its worldwide debut at Cannes Yachting Festival in September 2019, beat tough competition to take the crown in the hotly contested “Superboats” category, sponsored by Empirbus. Described as an “extremely hard category to judge,” by the organisers, esteemed Italian yacht designer, Alberto Mancini – who designed the F//Line 33 in partnership with Fairline Yachts Design Studio – took to the stage to accept the award. He says, “I put my heart and soul into every boat I design, regardless of the size. This is such a huge honour for me and for Fairline.”

Dennis de Roos, Sales and Marketing Director at Fairline Yachts, adds, “We are thrilled to have been crowned the winner of the Superboats category. This award is further recognition that our boats are really hitting the mark and taking the market by storm. Thank you to the judges and sponsors. Here’s to a hugely successful 2020!”

The F//Line 33 has received high praise and demand since its launch, receiving over 30 orders already. Fairline launched the F//Line 33 Outboard version at Boot Düsseldorf last weekend to great acclaim.

Fairline’s luxurious Squadron 68 was also a finalist in the “Flybridges over 60ft” category. 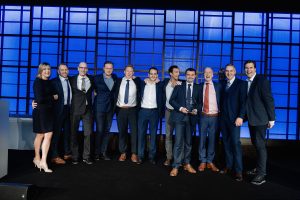