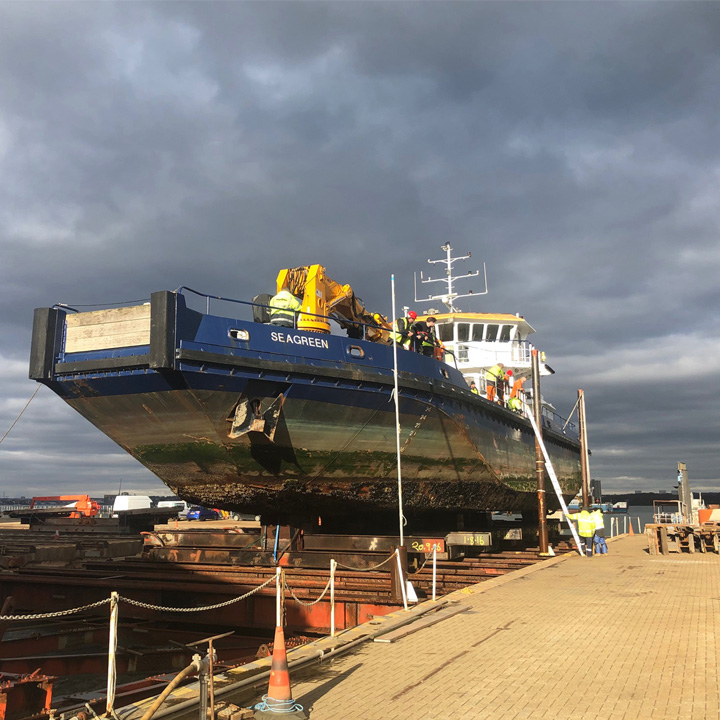 Luxury British yacht builder, Fairline Yachts, announced the opening of Hythe Shipyard earlier this month (March 2019) at its new manufacturing facility on the south coast of England. Originally designed and built by the US Navy in the 1950s, the slipway at Hythe was used to launch landing craft that were manufactured at the site. Fast forward half a century and this impressive piece of mechanical engineering has been given new purpose as the only slipway of its kind on Southampton Water.

Hythe Shipyard facilities accommodate vessels of up to 950 tonnes and 11.5 metres in beam, which can be removed from the water via the heavy slipway and stored undercover. The shipyard features more than 10,000 square metres of covered working halls with ample workspace for crew or contractors to carry out required works. Hythe Shipyard is also capable of berthing vessels from 10 to 100 metres, with deep water berths available, for short or long term contracts.

Hythe Shipyard Commercial Manager, Robert Hammond, says, “We are looking forward to meeting visitors at Seawork and showcasing the range of services we offer, from moorings to access to the working halls and hoists. We’re proud to offer a competitive price for this highly professional operation, in a safe and well-maintained environment at a prime location on Southampton Water.”

Representatives from Hythe Shipyard will be on hand throughout Seawork to provide visitors with in-depth information about the facility and the services being offered.