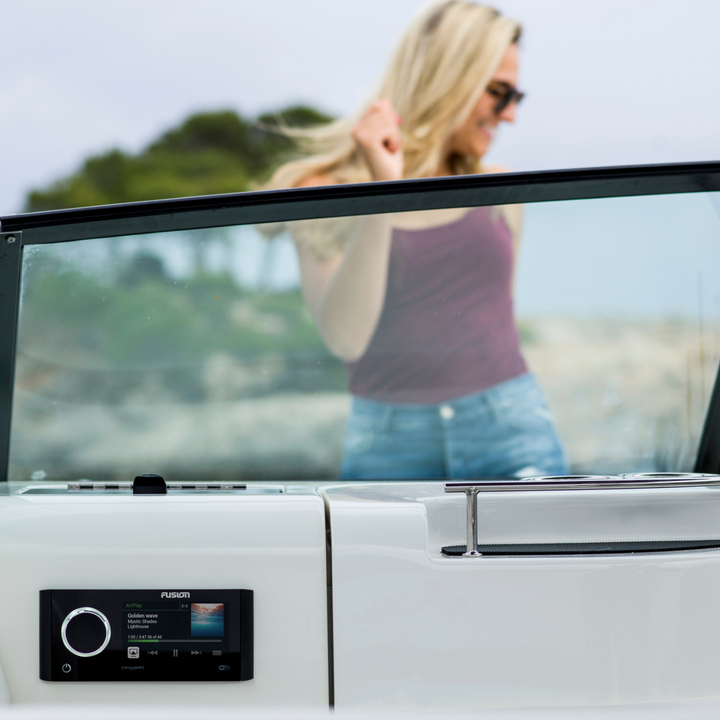 “We went through an extensive application process to demonstrate to Apple why FUSION marine stereos are unique in construction and worthy of AirPlay designation,” said Chris Baird, managing director of FUSION Entertainment. “Unlike our competition, we recognise that a boat is not a car, and have built our systems from the ground-up specifically for the demanding needs of our discerning clientele. Having the official Apple AirPlay distinction further solidifies FUSION as the premier innovator in the marine audio space and sets the Apollo series even further apart amongst audio entertainment systems.”

Along with Apple AirPlay, Apollo users will benefit from the new Fusion-Link App update. It features a modernised user interface, over-the-air software updates, the ability to set up DSP profiles directly from the app and remote PartyBus control. Connecting to the app through Bluetooth or Wi-Fi allows the user to stream music in any zone, control volume, and access all music sources from anywhere on the boat. The Fusion-Link update is free to download through the Apple App Store® or Google PlayÔ and gives users the power to control their entertainment experience right from their fingertips.