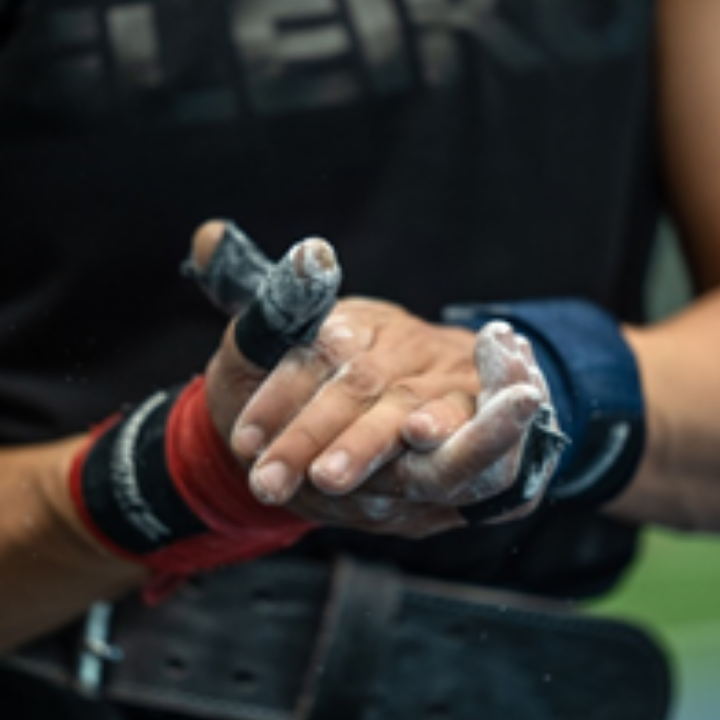 Eleiko has developed an enhanced chalk in a liquid form to provide double moisture uptake compared to other liquid chalk alternatives.

Together with Disruptive Materials and their patented technology Upsalite, Eleiko has joined forces to elevate the lifting experience by creating the next generation liquid chalk. Eleiko’s Performance Liquid Chalk includes sports grade Upsalite and can absorb two times more moisture than competing liquid chalk – resulting in a hassle-free product that is preferred by professional athletes, thoroughly tested, and backed by science. The Eleiko Performance Liquid Chalk is designed to benefit both individual lifters and facilities looking to offer a mess-free, non-dusting alternative to regular chalk.

Upsalite is a patented material rooted in research from Uppsala University in Sweden. It is a form of magnesium carbonate with a much more porous structure that is optimal for use in performance function products. With its large surface area and high pore volume, Upsalite absorbs 10 times more moisture than regular magnesium carbonate, increasing friction and grip on the bar. It effectively encapsulates oil and sweat, leaving its outer structure dry.

The ease of application and the minimal mess make liquid chalk a good solution for both individual lifters and facilities looking for a non-dusting, clean alternative to regular chalk. Easy application is subjective, but some common parameters are the ability to get the chalk to the preferred application area with right thickness, the time it takes to apply and how messy the application is. Powder or block chalk can often be quicker to apply, but a liquid chalk eliminates the spillage to almost zero. It is also easier to apply a thinner and more even layer, drying completely in seconds.

Chalk in liquid form also tends to last longer during sessions than dry chalk. Whereas dry chalk requires reapplications to ensure optimal grip for each lift, liquid chalk generally only requires a single application, lasting the full training session. The non-dusting properties of the liquid chalk make it suitable for taking to gyms where dry chalk is not permitted, and the mess-free, high alcohol content of the liquid chalk will facilitate cleaning and maintenance routines for commercial gyms or facilities.

The ability to grip to a surface depends on the friction, i.e., the force working against the slip. This force is dependent on how hard the athlete can press the finger onto the surface and of the coefficient of friction, CoF. 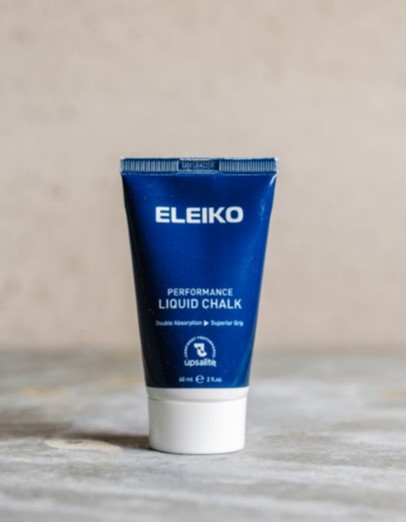 Magnesium is used due to its physical flaky structure and ability to absorb water, in this case, sweat. Using a chalk fills some of the gap structure between the skin and the surface, the contact area between them increases which yields an increase of the CoF by up to 40%. Sweat creates a lubricating layer between the finger and surface and decreasing the CoF, leading to a more slippery feeling. Upsalite effectively soaks up the extra sweat and stops it from creating a slippery layer on the hands, enabling long lasting performance and an enhanced training experience.

The chalk needs to be replenished from time to time, but take care to not overuse the chalk, which would create a lubricating rolling barrier between the surface and fingers, decreasing instead of improving the grip.