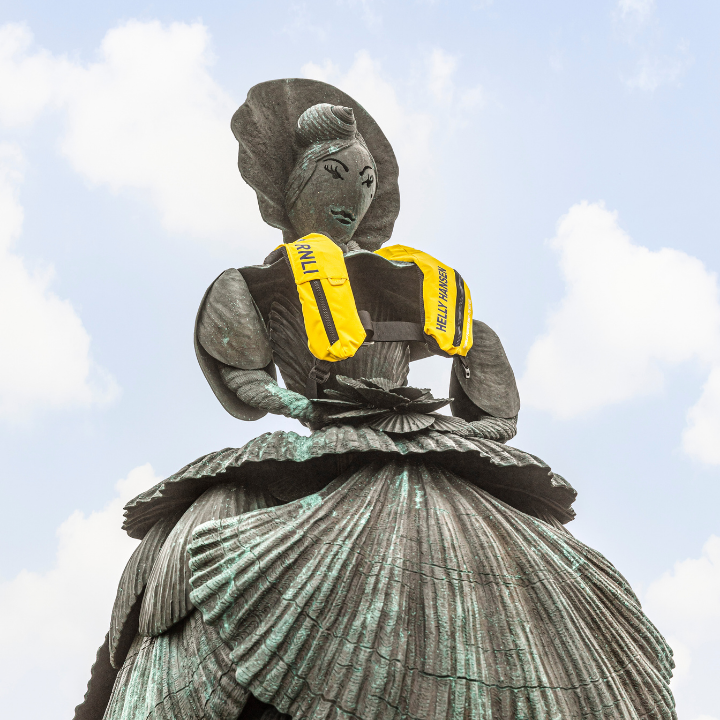 Helly Hansen and the RNLI have announced their latest survey results which reveal nearly half of UK boaters don’t wear a lifejacket when on the water with experience and age given as reasons to go without a lifejacket.

Last year, British Marine reported the impact of the ‘staycation’ effect was felt from June to the end of December, as boat unit sales grew over 50% compared to the same period in 2019. With summer on the horizon and another year of staycations scheduled, Brits are looking for new ways to get their yearly dose of adventure and escape where many will be taking to our British coastline. 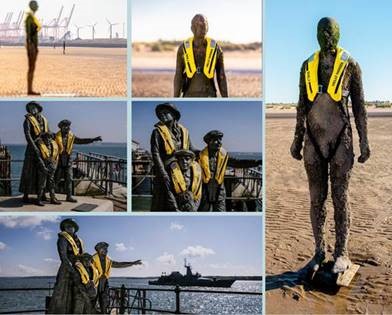 To help raise awareness around the importance of wearing a lifejacket when out on the water, Helly Hansen and the RNLI have been placing lifejackets on statues across the UK. Over the last few weeks, lifejackets have been popping up on statues in coastal towns and cities across the country. Hi-res images from each location can be seen below:

We also have three case studies available, please see links to their stories below:

Research[1] released today by global sailing brand Helly Hansen, a partner of the RNLI, has revealed that UK boaters are not taking the right precautions while out on the water, and they believe experience and age are reasons to go without a suitable Personal Flotation Device (PFD). 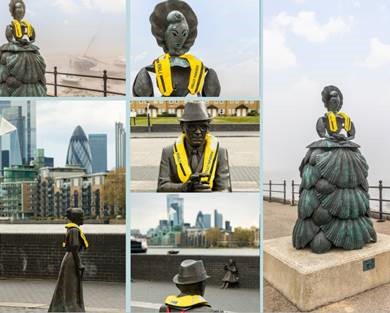 Every year, around 150 people die at the coast around the UK and Ireland; last year, the RNLI launched over 8,000 times to those in need of help.

Findings from the survey include[1]:

Gareth Morrison, Head of Water Safety at the RNLI says, “Our advice is simple, always wear a lifejacket when you’re on the water, as accidents can and do happen to anyone, regardless of your experience or ability. The results in this survey are worrying as they show people are putting their lives at risk, with many thinking the advice to wear a lifejacket doesn’t apply to them. Our brave volunteers rescue thousands of people every year, and unfortunately at times witness first-hand the effects that losing someone to drowning has on their loved ones. Research has proven that wearing a lifejacket can increase your chances of survival by up to four times if you’re immersed in cold water. Whatever your activity and whatever level of experience you have, wearing a well-fitted, well-maintained and suitable lifejacket or buoyancy aid could save your life.”

Pip Hare, professional sailor and Helly Hansen ambassador, says, “Cold water shock can affect everyone. Even if you are an experienced sailor or a very confident swimmer, cold water shock causes an uncontrollable reaction which elevates your heart rate and breathing. This can lead to breathing in water and potentially drowning and it can affect even the fittest of people. Wearing a lifejacket with the correct buoyancy is vital to survival.”

Emma Russell, Marketing Manager for Helly Hansen in the UK, Ireland and Benelux, commented on the findings, “This research reveals something we have suspected for a while – that most UK boaters just don’t believe they need to wear a suitable PFD while out on the water. We also see an underlying danger that younger generations are inadvertently being taught that lifejackets are a precaution for less experienced sailors, rather than an essential piece of kit that should be worn at all times, as they are often made to wear lifejackets by experienced sailors who aren’t wearing one themselves.”

Helly Hansen and the RNLI have been strategic partners since 2018 and are committed to working together to educate and influence those at risk from drowning. For advice on PFDs and how to keep safe while out on the water, visit the RNLI website www.rnli.org/safety.

Mayday is a call for help. Usually, RNLI lifesavers answer mayday calls and go to rescue others. But this May, they are asking for your help. Visit www.rnli.org/mayday for more information on this year’s campaign.

During the month of May 50% of all sales made within Helly UK stores and at HH.com are being donated to support the RNLI Mayday campaign.

Further stats from the survey

Of those that always wear a PFD:

Of those that do not always wear a PFD:

Founded in Norway in 1877, Helly Hansen continues to develop professional grade apparel that helps people stay and feel alive.  Through insights drawn from living and working in the world’s harshest environments, the company has developed a long list of first-to-market innovations, including the first supple waterproof fabrics more than 140 years ago. Other breakthroughs include the first fleece fabrics in the 1960s, the first technical base layers in the 1970s, made with Lifa® Stay Dry Technology, and today’s award winning and patented H2Flow™ temperature regulating system.

Helly Hansen is a leader in technical sailing and performance ski apparel, as well as premium workwear. Its uniforms are worn and trusted by more than 55,000 professionals and can be found on Olympians, National Teams, and at more than 200 ski resorts and mountain guiding operations around the world.

Helly Hansen’s outerwear, base layers, sportswear, and footwear are sold in more than 40 countries and trusted by outdoor professionals and enthusiasts around the world. To learn more about Helly Hansen’s latest collections, visit www.hellyhansen.com.

The RNLI charity saves lives at sea. Its volunteers provide a 24-hour search and rescue service around the United Kingdom and Republic of Ireland coasts. The RNLI operates over 238 lifeboat stations in the UK and Ireland and more than 240 lifeguard units on beaches around the UK and Channel Islands. The RNLI is independent of Coastguard and government and depends on voluntary donations. Since 1824 the RNLI has saved over 143,100 people.