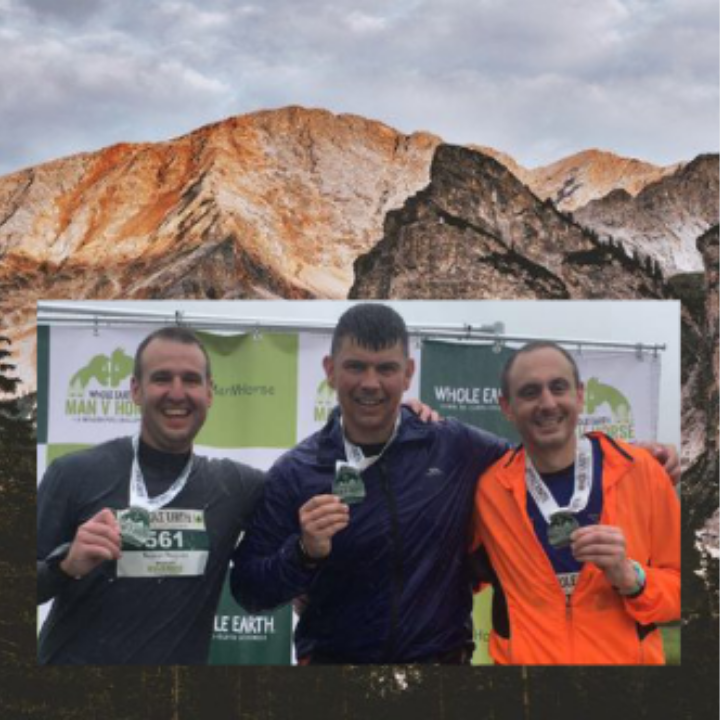 Dave Manasseh from Shakespeare® Marine – the world leader in marine antenna design – and two friends will demonstrate their incredible generosity by participating in a series of strenuous challenges to raise money for Fence Club Charity, this Summer.

European Sales Manager at Shakespeare® Marine, Dave Manasseh, along with two friends, Keiran Peoples and Craig Broomhead, have pledged to tackle three tough and testing challenges to raise vital money for Fence Club – a charity close to all three of the teammates.

Within the space of a month, the team will take on the following three battles: Man vs Horse Marathon, a 22 mile fell run in Wales taking part on the 13 June; The National six peaks challenge – a 48 hour challenge including Ben Nevis, Scafell Pike, the Yorkshire three peaks and finishing with Snowden the following weekend; and then a 24-hour endurance Conti Thunder run in Walton-on-Trent Derbyshire in July.

An annual charity fundraiser, Dave and his team are aiming to exceed last year’s challenge which raised an astonishing amount of £7,000 for Mind. He comments, “We have challenged ourselves to raise as much as we can for another cause very close to our hearts. Fence Club is an astounding charity who work extremely hard to improve children’s lives. This is a huge challenge – physically and mentally – so we hope people dig deep!”

The Fence Club is a Charity founded by members of the Toy Trade. It raises money for a wide range of children’s charities including hospices, handicapped children and autistic children to help improve their quality of life. The 45 members of The Club raise the money through dining functions, golf days and personal giving.

Established in 1897, Shakespeare® Marine is a global antenna brand with a reputation for superior quality. It recently launched the world’s first inflatable emergency VHF antenna – the GALAXY INFL8 – which has taken the industry by storm and is the proud recipient of seven awards. Find out more on the website, www.shakespeare-marine.com or www.infl8-antenna.com or contact the European offices on +44(0) 1253 858 787.