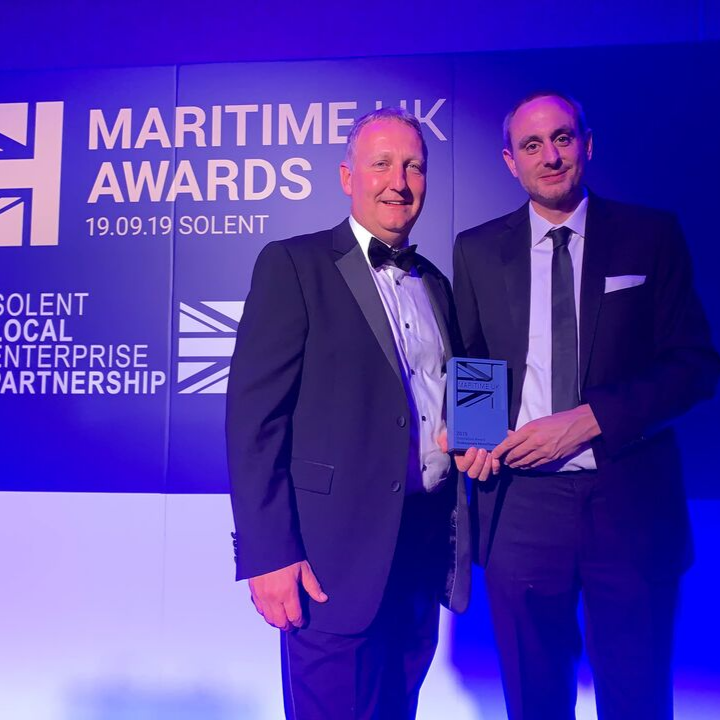 The Maritime UK Awards were launched this year to celebrate the thriving marine industry, with any financial surplus generated going back into Maritime UK’s cross-cutting initiatives. Held alongside Southampton International Boat Show, the awards showcase the best of the industry around the country. The Innovation Award celebrates outstanding commitment to research and development, and highlights how the business has worked to solve a particular challenge or create a new product or service.

Dave Manasseh, European Sales Manager for Shakespeare Marine, accepted the Award last night. He comments, “We are incredibly proud to be awarded the first ever Maritime UK Innovation Award – this is testament to the pioneering nature of our team and everyone involved with Shakespeare Marine. The reception the GALAXY-INFL8 has received already is overwhelming and we will continue to work hard to develop products that keep our seafarers connected whilst out on the water.”

The GALAXY-INFL8 is the world’s first inflatable emergency VHF antenna and has taken the industry by storm since its launch at METSTRADE last year, with more than 1,000 units being shipped around the world. The GALAXY-INFL8 can be rapidly deployed via an embedded canister or manual tube and inflates to 1.6 meters (5 feet) to offer a full 3dB functioning unit and a range of up to three times greater than any existing helical emergency antenna.

To date, Shakespeare Marine has now been awarded seven industry awards for innovation, technology and safety within the industry.

Established in 1897, Shakespeare® Marine is a global antenna brand with a reputation for superior quality. Find out more on the website, www.shakespeare-marine.com or contact the European offices on +44(0) 1253 858 787.