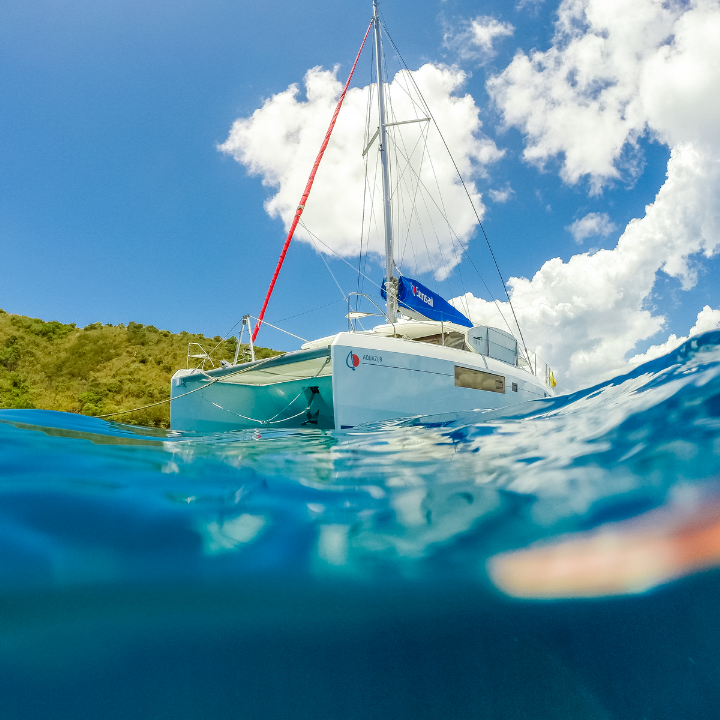 Bid for the chance to win once in a lifetime experiences on the water with your hero sailor.

An online auction, organised by Sunsail, will run from 1 June to 21 June, 2020 to raise money for the UK’s incredible and hard-working NHS, as well as Turn to Starboard, a charity which uses sailing to help Armed Forces personnel and their families make the right turn.

Sunsail, the global yacht charter company that offers sailing holidays to first time sailors and experienced adventurers wants to express its gratitude to all NHS staff and its chosen charity at this difficult time.

Successful bidders will secure themselves a once in a lifetime experience on the water with their sailing hero. There are 14 renowned sailors up for grabs, including the likes of Sunsail ambassador,  Dee Caffari MBE, who was the first woman to sail solo, non-stop around the world in both directions, Mike Golding OBE, who the first person to race around the world in both east and west-about directions, Round the World race winner, multiple world champion and global record breaker, Helena Lucas MBE, who was Britain’s first ever Paralympic sailing gold medallist, Shirley Robertson OBE, who was the first British woman to win two Olympic gold medals at consecutive games, and Nikki Henderson, who became the youngest ever skipper to lead a team in the Clipper Round the World Yacht Race at the age of 25.

Dee Caffari MBE comments, “I was asked to be involved with an auction in Italy, and it seemed obvious to me that Sunsail was the perfect partner to help do something similar in the UK.  Whilst feeling slightly helpless being stuck at home I thought we had an opportunity. With Sunsail, we can showcase the sport we love, give people something to look forward to and raise money for some truly worthy causes.  People have been really generous, and we have some unbelievable auction lots.”

There will also be plenty of other lots up for grabs donated by individuals and businesses, some of the items for sale include an experience day with The Blades Aerobatic display team for two people, a VIP hosted day at the Battle of Britain Memorial Flight, and a weekend sailing adventure for up to 12 on The Spirit of Falmouth. Smaller lots include a Sunsail sailing course in Portsmouth, a case of six bottles of Opihr Gin and kit form the British America’s Cup team, to ensure there is something to suit every taste and budget. These and many other fantastic prizes are available to bid on in this fun and uplifting charity auction.  All funds raised will be divided equally between the two selected organisations.

Kate Staniforth, Senior Marketing Manager for Sunsail comments, “Whilst organising this auction it has been overwhelming to see the generosity of the individuals and businesses within our industry. We are so grateful to all the sailors who have offered to give up their time for such worthy causes. It’s touching to see so many people from our community coming together to help others in a time of need, and to support a charity so close to our hearts.”

To see the full list of items up for auction, go to https://hsinfo.sunsail.co.uk/giveback. The auction will run from Monday 1 June and closes Sunday 21 June 2020.