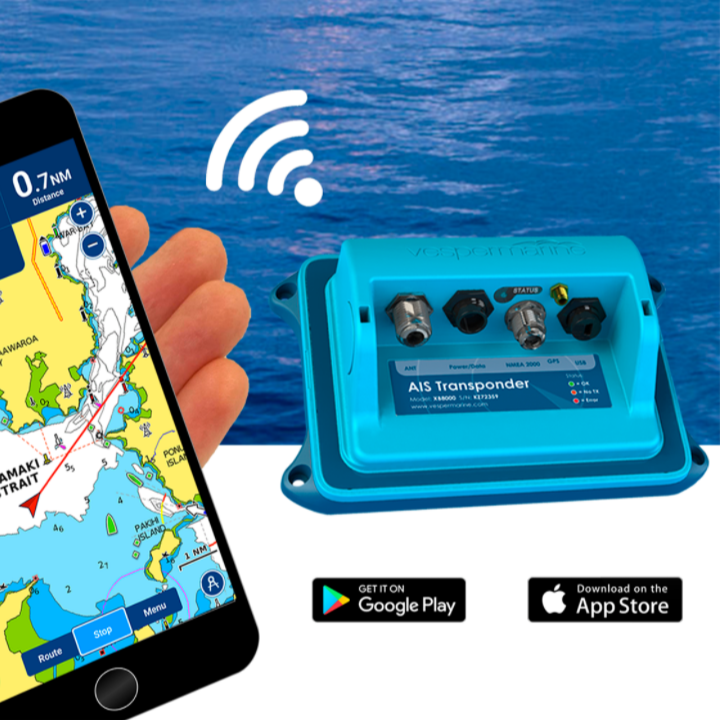 With this new feature, the app enables boaters to view Class A and Class B vessels and Aids to Navigation (AtoN) directly on the app’s nautical charts. Especially useful during low visibility and in heavy traffic areas, users can select any target to see vessel details such as name, MMSI, call sign, status, speed, heading, coordinates and distance.

“Being the most popular navigation app, we are delighted that Navionics has added this new feature to receive AIS and GPS data from Vesper Marine smartAIS transponders,” says Jeremy Singleton, sales director at Vesper Marine. “Boaters simply connect the app to the WiFi of the Vesper Marine transponder and targets are visible on charts in real time. We are very excited to be able to offer Navionics subscribers enhanced situational awareness for complete peace of mind.”

The Navionics app is free, but boaters must purchase or renew annual chart subscriptions for their regions. There’s a trial offer of all charts and features for new subscribers. Navionics charts feature map, satellite and terrain overlays, in addition to Vesper Marine smartAIS overlays and are used extensively to study port plans and safety depth contours, identify tides and currents, locate navigation aids and nearby marine services. As part of the subscription, over 2,000 updates from around the world are instantly installed every day.

Vesper Marine smartAIS transponders include the WatchMate Vision2, a fully standalone touchscreen transponder and the XB-8000, a black box transponder, marketed in over 30 countries around the world.